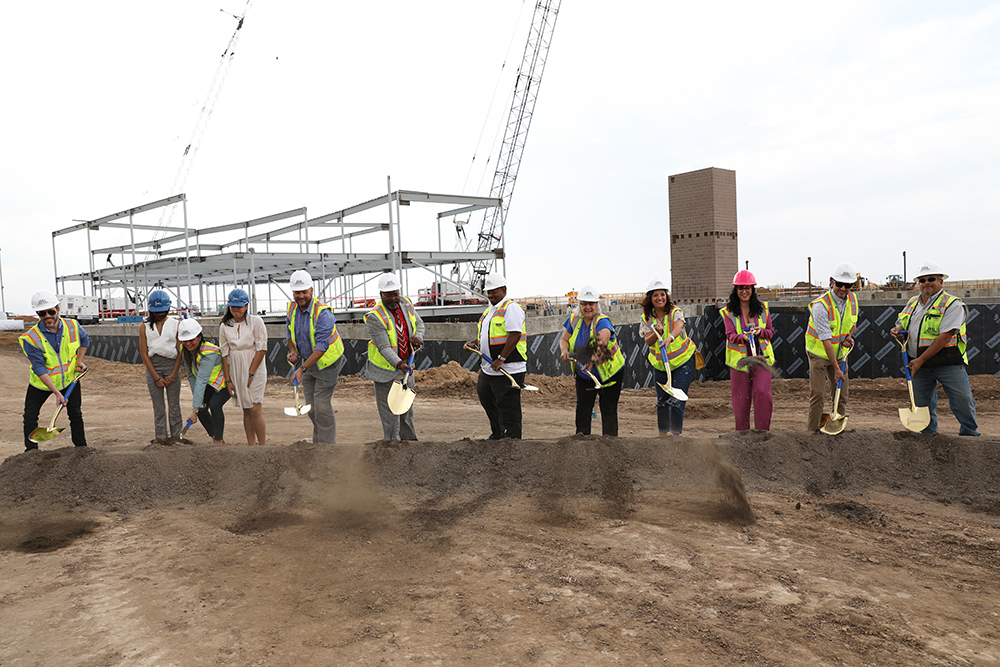 AURORA | Aurora Public Schools broke ground Thursday on a new P-8 school that will serve students in the Aurora Highlands. It will be the first of four schools in the development.

The school is scheduled to open for the 2023-2024 school year and will serve about 1,000 students in preschool through eighth grade, according to a news release from The Aurora Highlands. Funding for construction comes from a $300 million bond voters approved in 2016.

Details including the school name and whether the school will have any particular academic specializations will be made at a later date. The attendance boundary is still being finalized as well, and the district will seek feedback from Highlands residents and others in the nearby community over the next several months, according to the release.

“This is such a unique opportunity for both students and staff,” Cooley said in a statement.  “There’s a special kind of inspiration that comes with learning in a brand-new building with top-of-the-line technology and educators.”

The groundbreaking comes as APS continues to adapt to changing demographics throughout the city, particularly growth along the E-470 corridor and declining enrollment in other parts of Aurora. A number of neighborhood schools will close in other parts of the district as a result of the fluctuations.

Three more schools are scheduled to be built in the Aurora Highlands in the coming years.