Development South Of DIA Could Lead Up To 60,000 New Homes 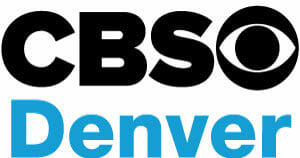 AURORA, Colo. — Plans to build one of the largest and most vibrant communities in Colorado are underway, just south of the Denver International Airport.

The new development is expected to attract 60,000 new residents, according to developers. Dubbed the “Aerotropolis”, the site will boast thousands of new homes, restaurants, commercial buildings, corporate and medical campuses and much more. Amy Larson, the development team’s spokesperson from Cohn Marketing, spoke to Denver7 about the details of the project.

“[It will feature] a lot of open space, parks and recreational areas and will encompass everything that we in Colorado love in an outdoor lifestyle,” Larson said.

The idea is to attract baby boomers and millennials alike, according to development’s website.

Denver7 spoke with residents of the closest community to the proposed development, Green Valley Ranch.

“This was certainly expected because of how Colorado is doing. The population is just increasing,” Hadee Ahmadi said.

Erica Debenedittis, has grown up in Green Valley Ranch and can’t help but notice the smallest of neighbors, like the prairie dogs, that will have to pack their bags.

“They’re going to be driving all the wildlife that was there into other places, so that’s a drawback.”

For others, who know it only as the sprawling fields you drive past, it’s a turn in the right direction.

“I think the growth is good, yeah the city is growing and I think it’s good for our economy, so I like the growth,” said Denver resident Egidijus Silenskis.

There are still plenty of details to sort out, but for now, it appears to be moving forward. Per the City of Aurora, the details of the public and private partnership have not been finalized, but significant private investment is expected.

“[It] really speaks to the opportunity that Denver and Aurora and the metro area offer and I think it speaks to the quality of life and the active lifestyle that people are looking for,” Larson said.

Denver7 spoke to a local realtor, Mary Riecks with Your Castle Realty, about the potential property value changes in the area.

“We are currently experiencing historical low inventory of homes in the Denver market, which is increasing the demand for new construction. It is no wonder that Aurora is an ideal location for such a large project, because there is still so much undeveloped land out to the East. That, combined with the expansion of the RTD light rail (aka the A-Line from Union Station to DIA), makes Aurora a lot more convenient and desirable than ever before.”

The City of Aurora and Adams County are still in the early planning stages for fixing roads and other infrastructure needs. The earliest developers could break ground is 2018.