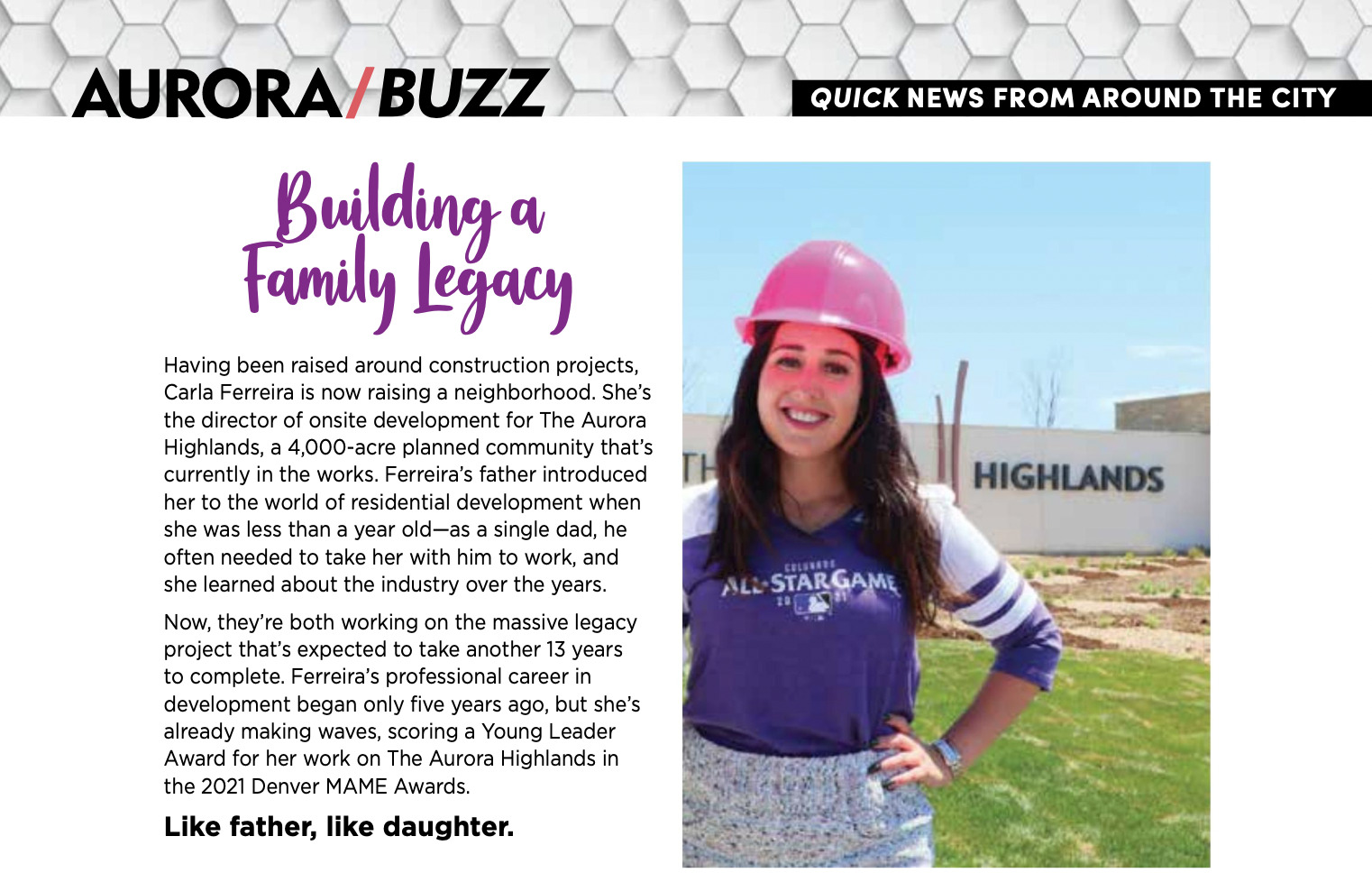 Having been raised around construction projects, Carla Ferreira is now raising a neighborhood. She’s the director of onsite development for The Aurora Highlands, a 4,000-acre planned community that’s currently in the works. Ferreira’s father introduced her to the world of residential development when she was less than a year old-as a single dad, he often needed to take her with him to work, and she learned about the industry over the years.

Now, they’re both working on the massive legacy project that’s expected to take another 13 years to complete. Ferreira’s professional career in development began only five years ago, but she’s already making waves, scoring a Young Leader Award for her work on The Aurora Highlands in the 2021 Denver MAME Awards.