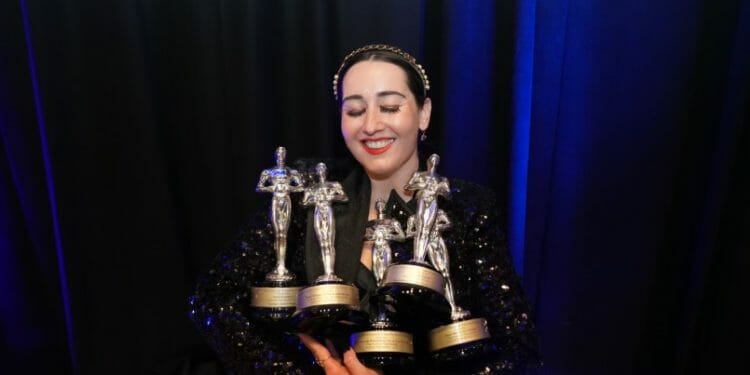 Carla Ferreira, director of Onsite Development and a principal at The Aurora Highlands, won the Young Leader Award.

The Aurora Highlands took home five awards at the Denver MAME Awards on November 6. The MAME Awards are hosted by the Home Builders Association (HBA) of Metro Denver and honors professionals in Denver’s residential building, design and real estate industry. The awards ceremony was held at the Hyatt Regency Denver at Colorado Convention Center. The MAME Awards represent Denver housing industry professionals’ recognition and appreciation of the Aurora Highlands’ accomplishments over the past year.

The Aurora Highlands is currently the Denver Metro Area’s largest master-planned community under development and will expand the metro area to the east including adding 12,500 homes and four new schools to Aurora Public Schools.

The Aurora Highlands will expand the metro area to the east near DIA and will add 12,500 homes and four new schools to Aurora Public Schools, the first of which will break ground in 2022 and open in 2023.