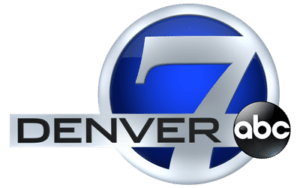 DENVER — With Denver International Airport in the midst of a redevelopment project, Front Range Airport being named a Space Port and the Gaylord Rockies Resort & Convention Center planning to open this fall, it’s probably no surprise that developers, city officials and county officials are planning for the future of the area around DIA.

Thursday, they’ll break ground on the Aerotropolis Regional Transportation Authority (ARTA). The Authority is planning to build roads and other infrastructure to open the Aerotropolis Region for development. The are includes the Aurora Highlands, a 5,000-acre master planned, mixed-use development with residential and commercial components. The ARTA’s area is bounded by E-470 and Powhaton Road and 26th and 48th Avenues.

“This is a developer and land owner who came together and are proposing transportation before development,” said Adams County Commissioner Chaz Tedesco. “It will benefit the entire region as far as transportation goes.”

A private investor is giving the ARTA the initial money to build the roads. The investor will be paid back by taxes in the area as the development grows.

“The funding is what people are looking at — how we bring in funding, how we distribute it and how we pay it back,” Tedesco said. “A lot of entities are looking at this. It may set the stage for how we fund and build roads.”

The goal is to get the 21,000-acre area ready for development.

“Adams County has come a long way,” Tedesco said. “It’s not your old Adams County. It’s the epicenter for growth and activity in the next two decades.”

This story ran during the 6 am and noon broadcasts: