Aerotropolis around DIA is more than just talk as $22.5 million is laid on the table 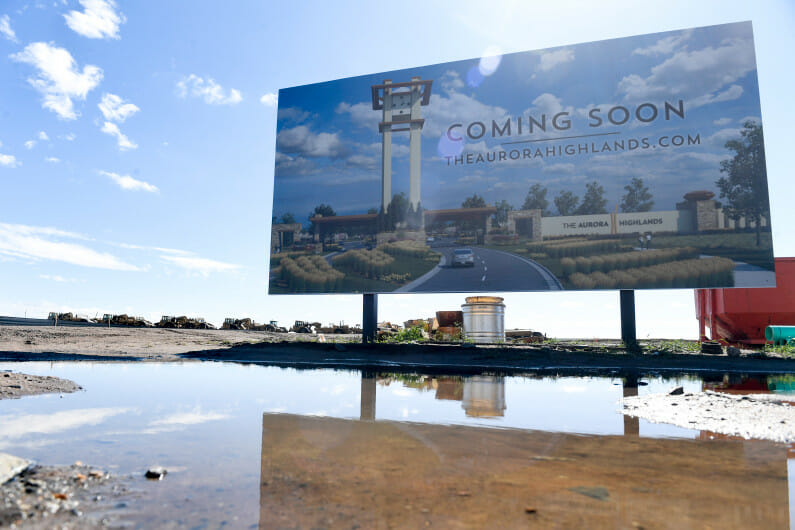 AURORA, CO – MAY 22: A The Aurora Highlands development on Tuesday, May 21, 2019. The development, which is near E-470 and East 26th Avenue and could house some 60 thousand residents. (Photo by AAron Ontiveroz/The Denver Post)

AURORA — The idea of an “aerotropolis” in the shadow of Denver International Airport has for years been aspirational talk among metro-area civic leaders hoping to create a kind of mini-city fueled by proximity to one of the country’s largest and busiest airports.

This month, in an unassuming room on the fifth floor of the Aurora Municipal complex, a group of government leaders, attorneys and underwriters met over a lunch of gyros and Greek salad and finally put up money — $22.5 million to start — to back up all the chatter.

The Aerotropolis Regional Transportation Authority voted May 17 to issue bonds toward what will amount to $200 million in transportation improvements over the next dozen years — including new interchanges on E-470 and Interstate 70 and a major north-south thoroughfare to rival Peña Boulevard — in a vast swath of mostly vacant land south of DIA.